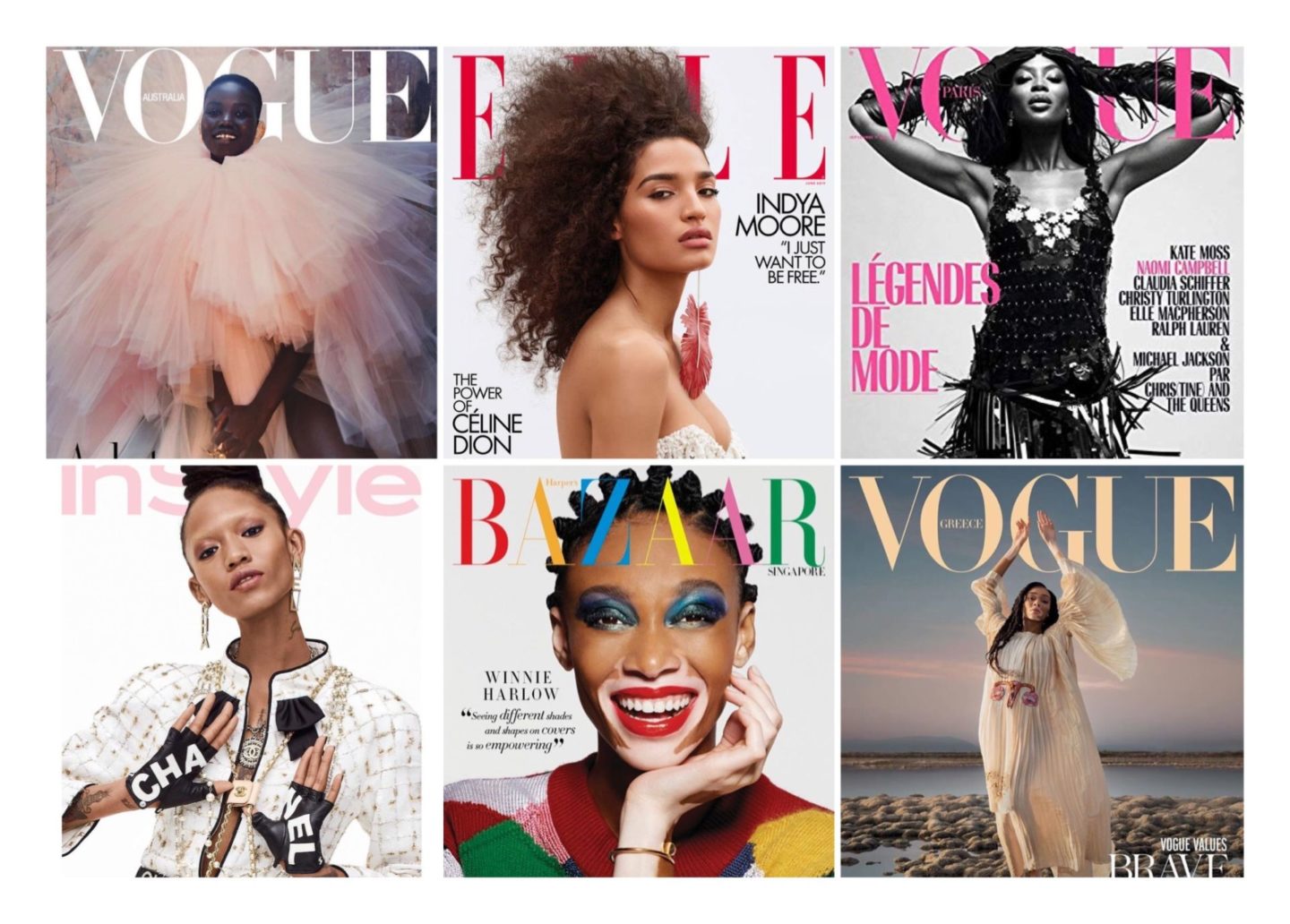 Today I want to put the spotlight on some amazing black fashion models that I had the chance to meet, hear and admire on the runways the last years of working in fashion. As a true fashion lover I decided to emphasize these women who are changing the fashion world and who fought and fighting their way to the very top.

From Indya Moore who gave to most emotional speech about fearing your life as a black transgender during the Daily Front Row awards in NY earlier this year to Adut Akech who I last saw winning the ‘Model of the Year” awards at the BFAs or Adesuwa Aighewi who was once my seat neighbour in a fashion week bus and who is rocking the runways.

I know there’s many more amazing talented black models (please share in the comments – I’m so keen to also get to know more upcoming ones), but as these women inspired me personally in my work, I decided to pass it on to you and spread some love. <3

Adut Akech is a South Sudanese-Australian model who made her runway debut as an exclusive in the Saint Laurent S/S 17 show and was chosen as “Model of the Year” by models.com in 2018 and 2019.  She is a muse for Valentino’s Pierpaolo Piccioli, is seen all over the runways during fashion weeks and has appeared on multiple international Vogue covers.

Indya Moore is an American actor and model none from the television series Pose. Time magazine named her one of the 100 most influential people in the world in 2019 and she was also the first transgender person to be featured on the cover of the US Elle magazine.

Naomi Campbell is an English model who is amongst the most recognizable and in-demand models of the late 1980s and the 1990s and was declared supermodel by the fashion industry. Even at age 50 she’s still highly requested in is also involved in charity work for various cases.

Adesuwa Aighewi ranks as one of the “Top 50” models by models.com and walked for designers such as Dior, Fendi and Louis Vuitton as well as appeared in campaigns for Tom Ford, Marc Jacobs and Chanel.

Winnie Harlow is a Canadian model and spokesperson for the skin condition vitiligo. Her career started when she was a contestant of American’s Next Topmodel in 2014 and is nowadays one oft he most requested models.

Anok Yai is second black model to open a Prada show after Naomi, and the first model with South Sudanese background to do so. She ranks as one of the “Top 50” models by models.com, was the face of Estee Laudee and has shot already more than 20 editorial campaigns in 2020.

Duckie Thot was first known from Australia’s Next Topmodel and made her runway debut for Yeezy S/S 17. She is also known for being the face for Fenty Beauty and her leading role in the 2018 Pirelli calender.

Adwoa Aboah is a British model who first appeared on the cover of British Vogue in 2017. She has also been on the cover of American and Italian Vogue and the fashion industry voted her as Model of the Year for models.com.

Jourdan Dunn was discovered in 2006 and was named ‘Model of The Year” three times. She was the face of Maybelline New York and is considered one of this generation’s supermodels.

Maria Borges is an Angolan model who was named Forbes Africa Magazine’s top model of 2013 and she is the favorite of designer Riccardo Tisci. She walked Victoria Secret four years straight and was the first black model to model for VS in her natural afro hairstyle.